Learning languages has never been so easy! More and more people learn languages with LENGO every day. Join today and be part of our growing community!
LENGO Premium
TRY IT FOR FREE

Our goal is to make education accessible to anyone. Thus, all basic features are permanently free to use. We are continuously extending paid content as well as free content to make LENGO even better. 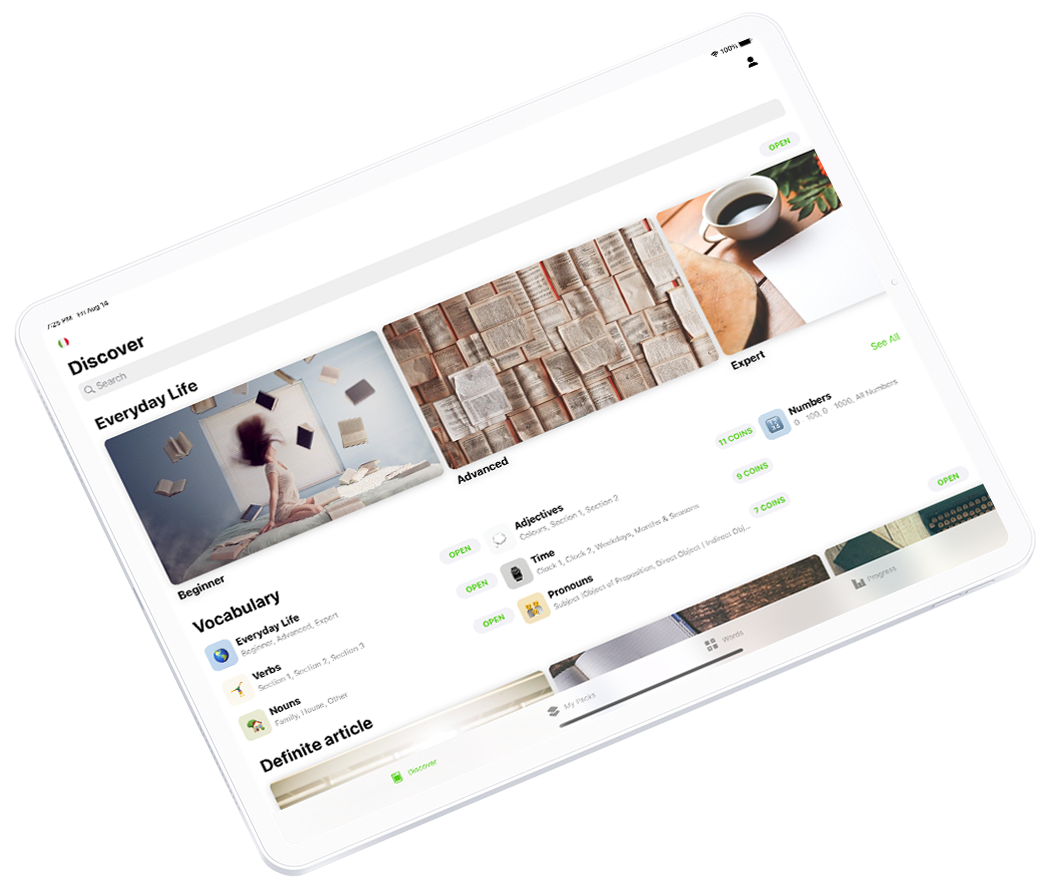 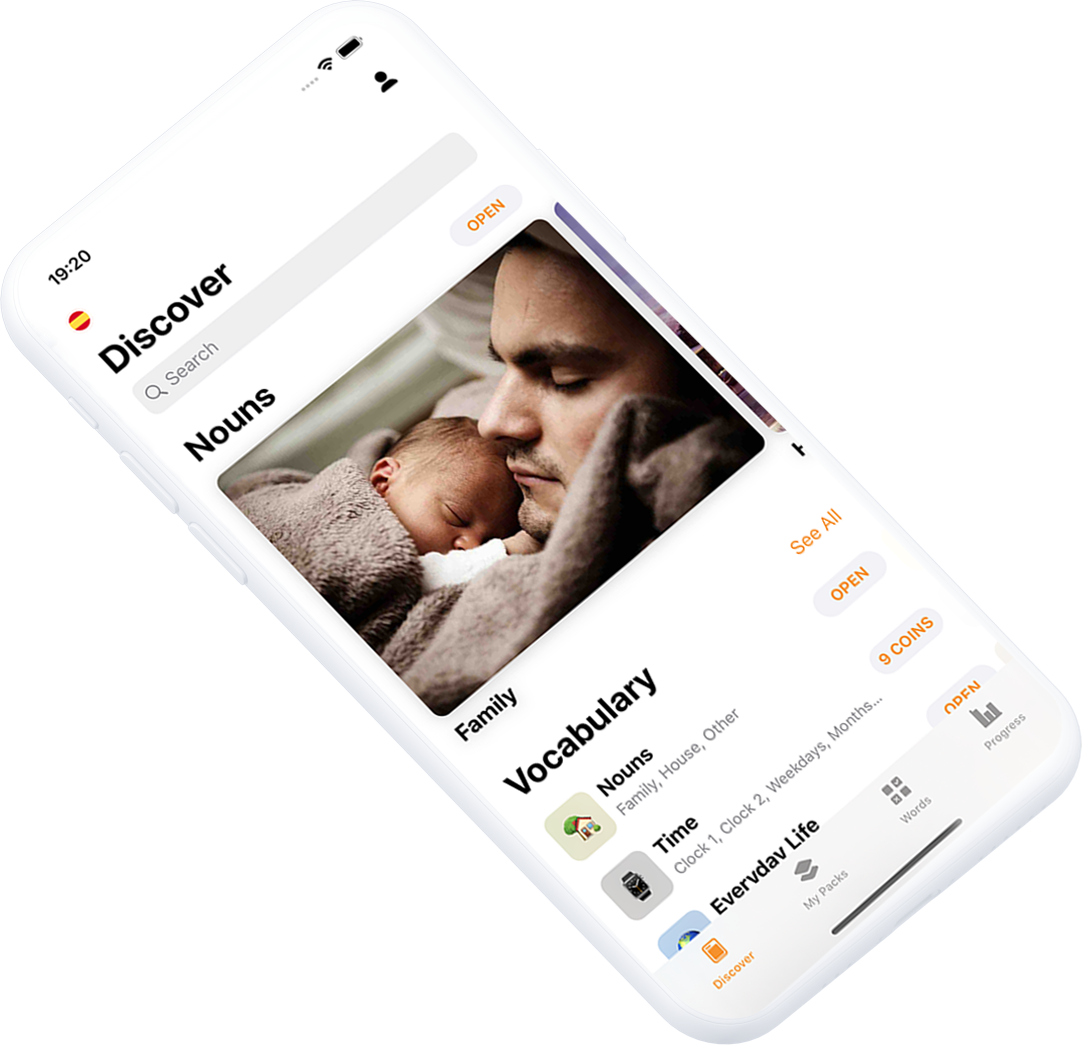 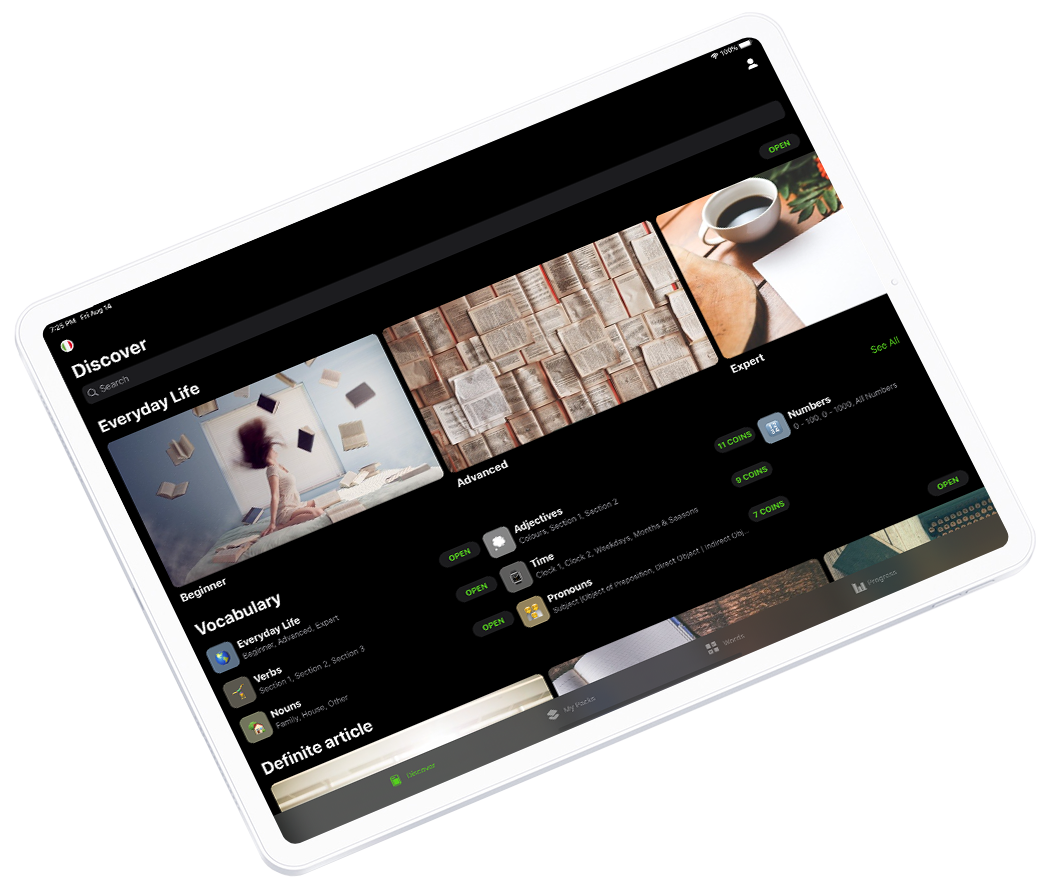 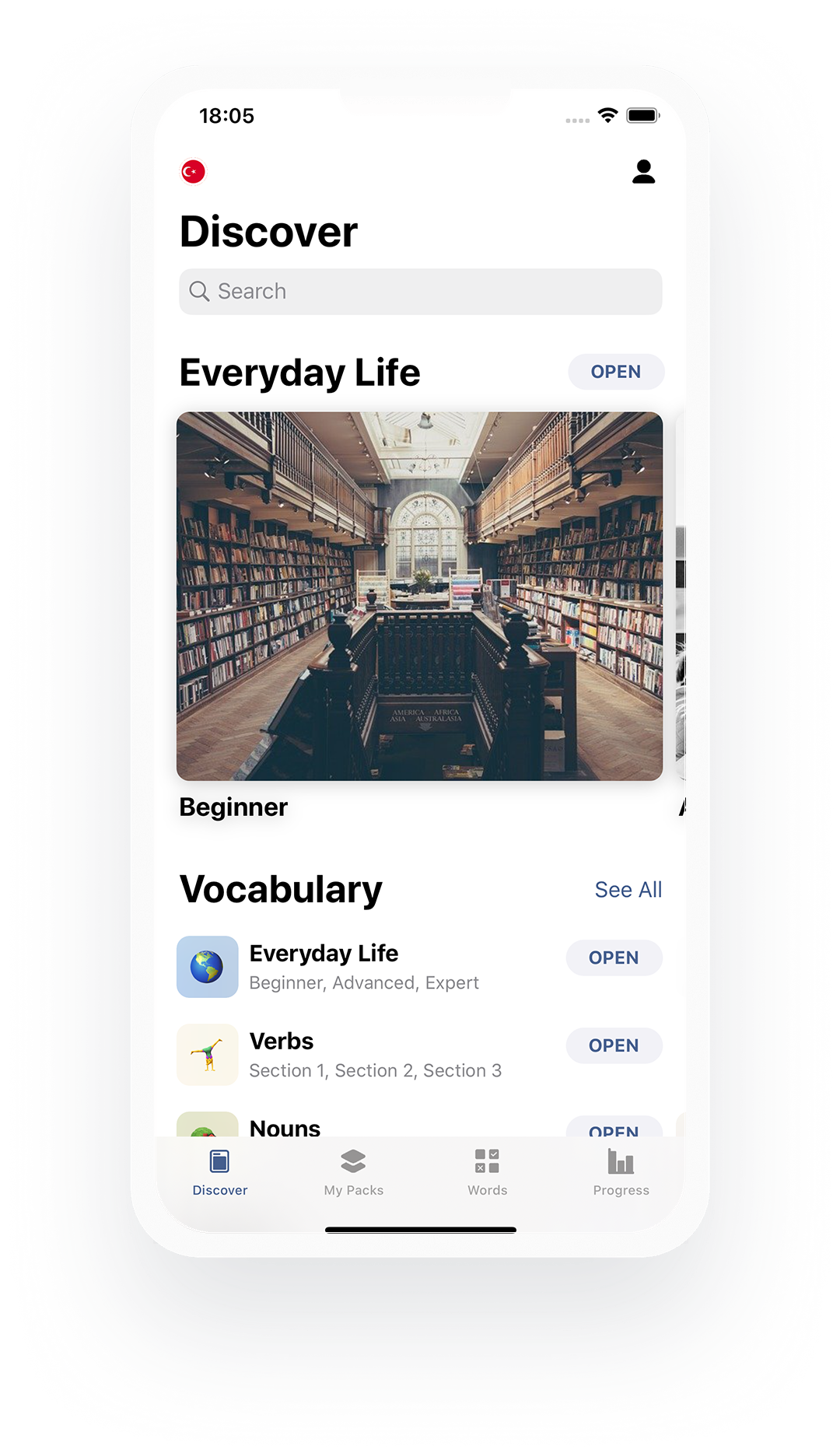 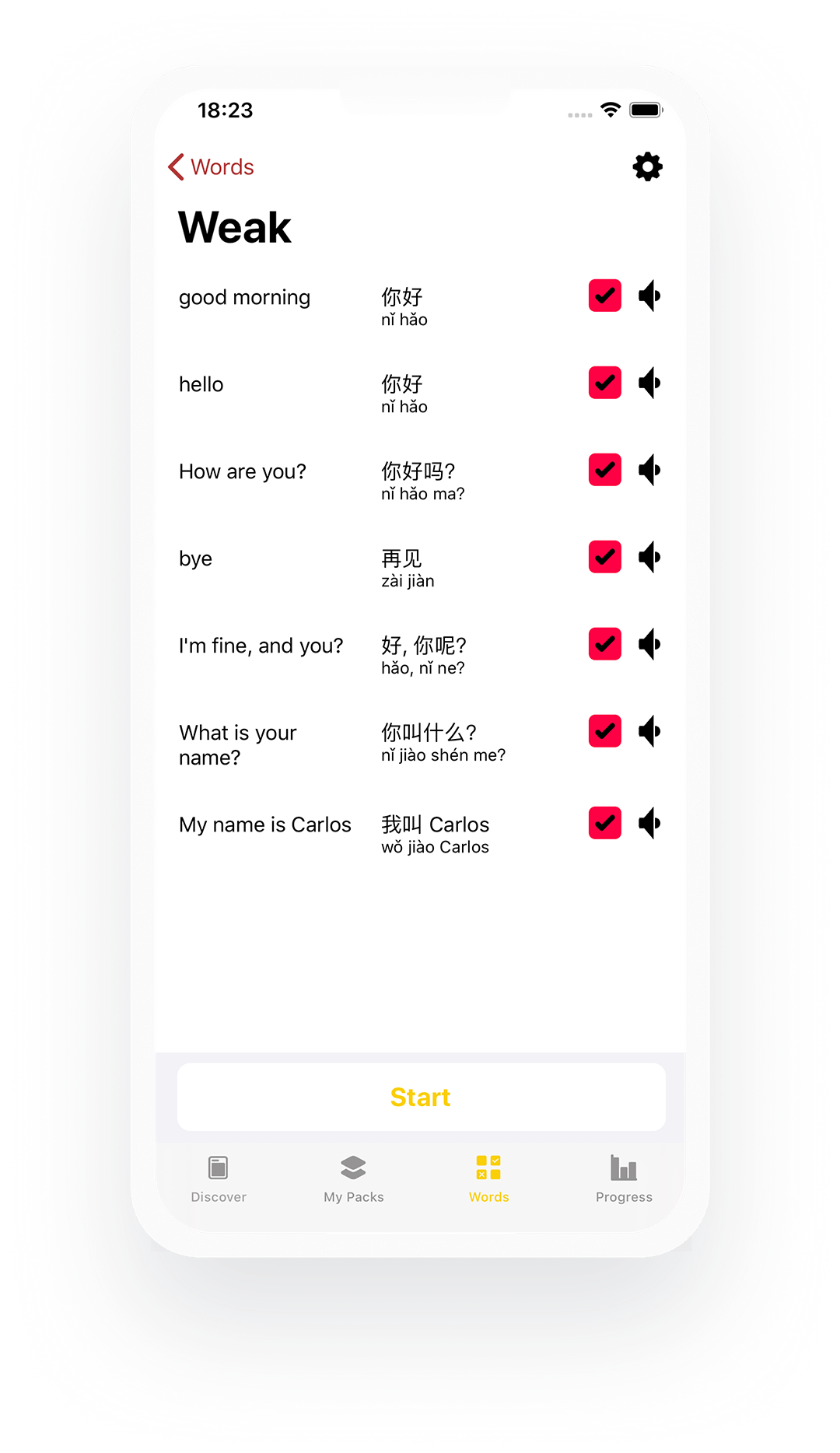 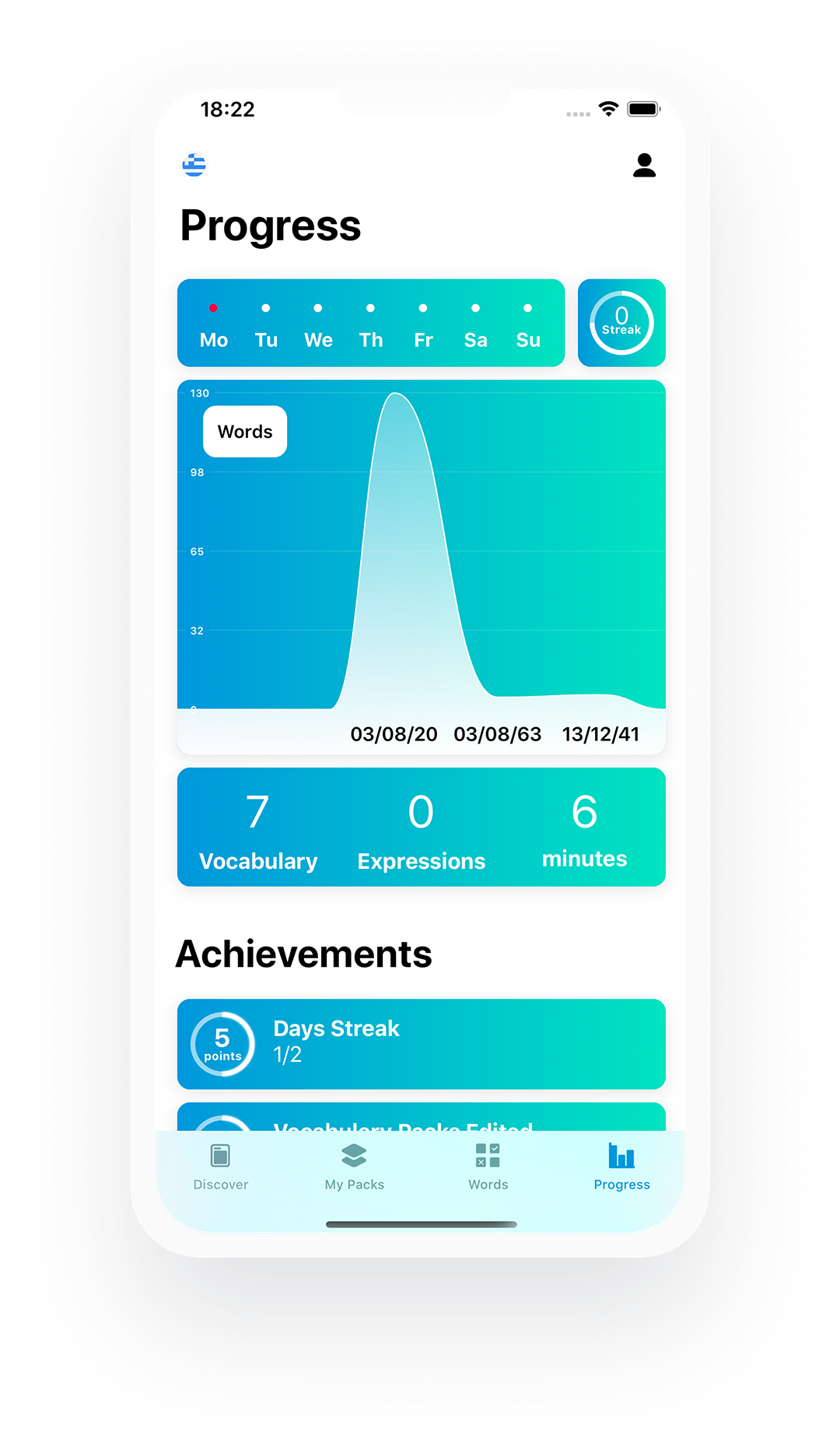 With the language learning app by LENGO, you can learn new vocabulary, add your own words, improve your grammar, and track your progress.

Learning languages has never been so easy! More and more people learn languages with LENGO every day. Join today and be part of our growing community!

You can learn up to 20 languages with LENGO. Start with the language you always wanted to learn, and maybe you're going to be the next well known polyglot.

What does LENGO stand for?

The word Lengo is the name of a language spoken on the island of Guadalcanal. The island happened to be a victim of a proxy war between Japan and the United States. We believe that conflicts like this, if not WW2, could have been prevented if those involved were able to communicate better with one another. When decision-makers speak a common language, it not only connects but also resolves tensions that may result in a conflict in the future.

Can I use LENGO permanently for free?

Yes, since we want everyone to be able to learn a new language, it will always be possible to use LENGO free of charge. We also provide some self-created content free of charge.

Can the subscription of LENGO Premium be cancelled anytime?

Yes, we don't like subscription traps either. That is why we only have subscriptions that can be canceled at any time for the next debit period.

We give you the tools you need to succeed. 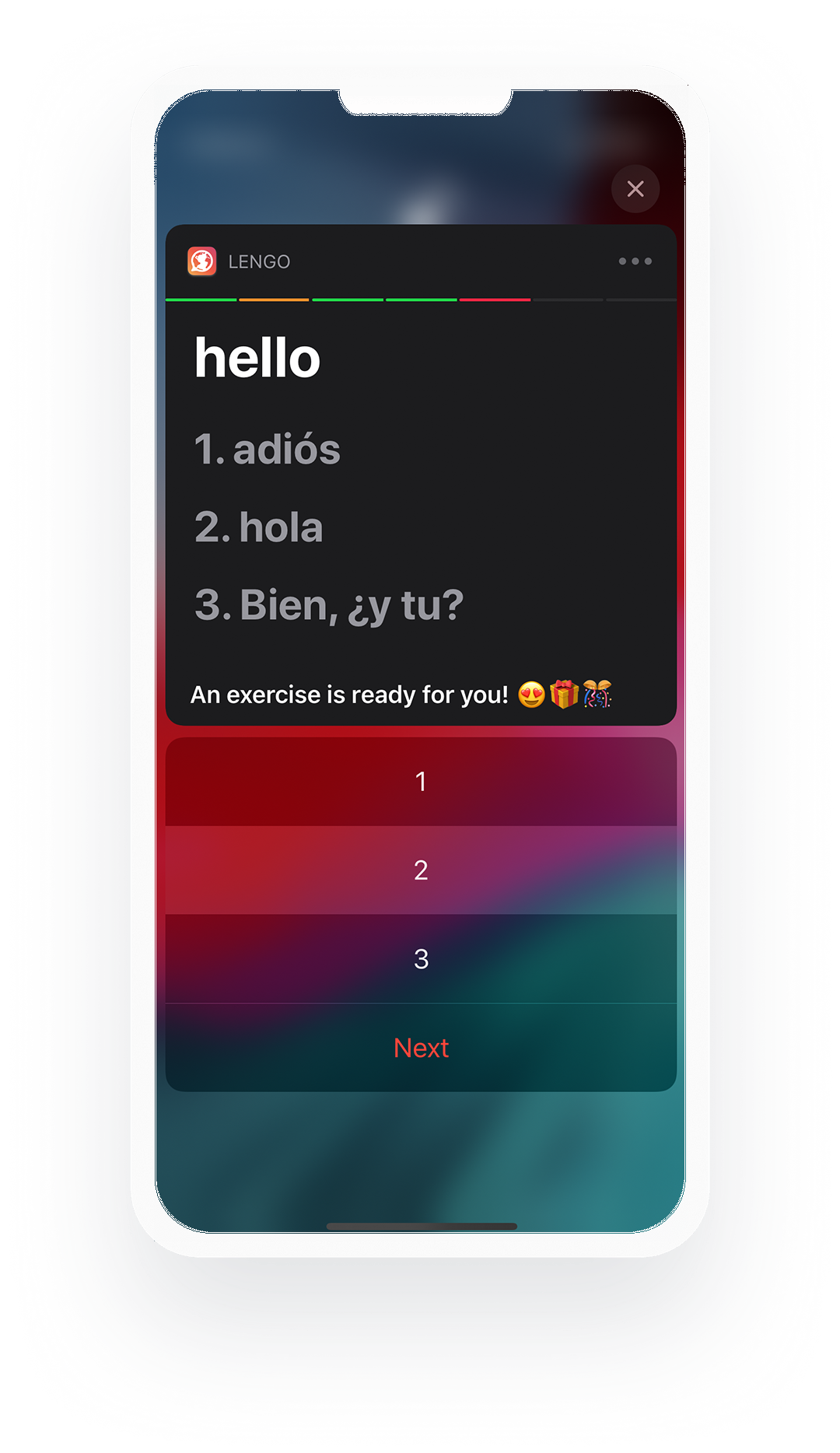 Push Learning accelerates your speed of learning by up to 10x. You will receive tasks via Push Notifications and can solve them without opening LENGO.

Add your own words

Everyone has different goals and desires. We are well aware of that. That is why we allow you to collect your own words on vacation, a business trip, or even to prepare for a vocabulary test. 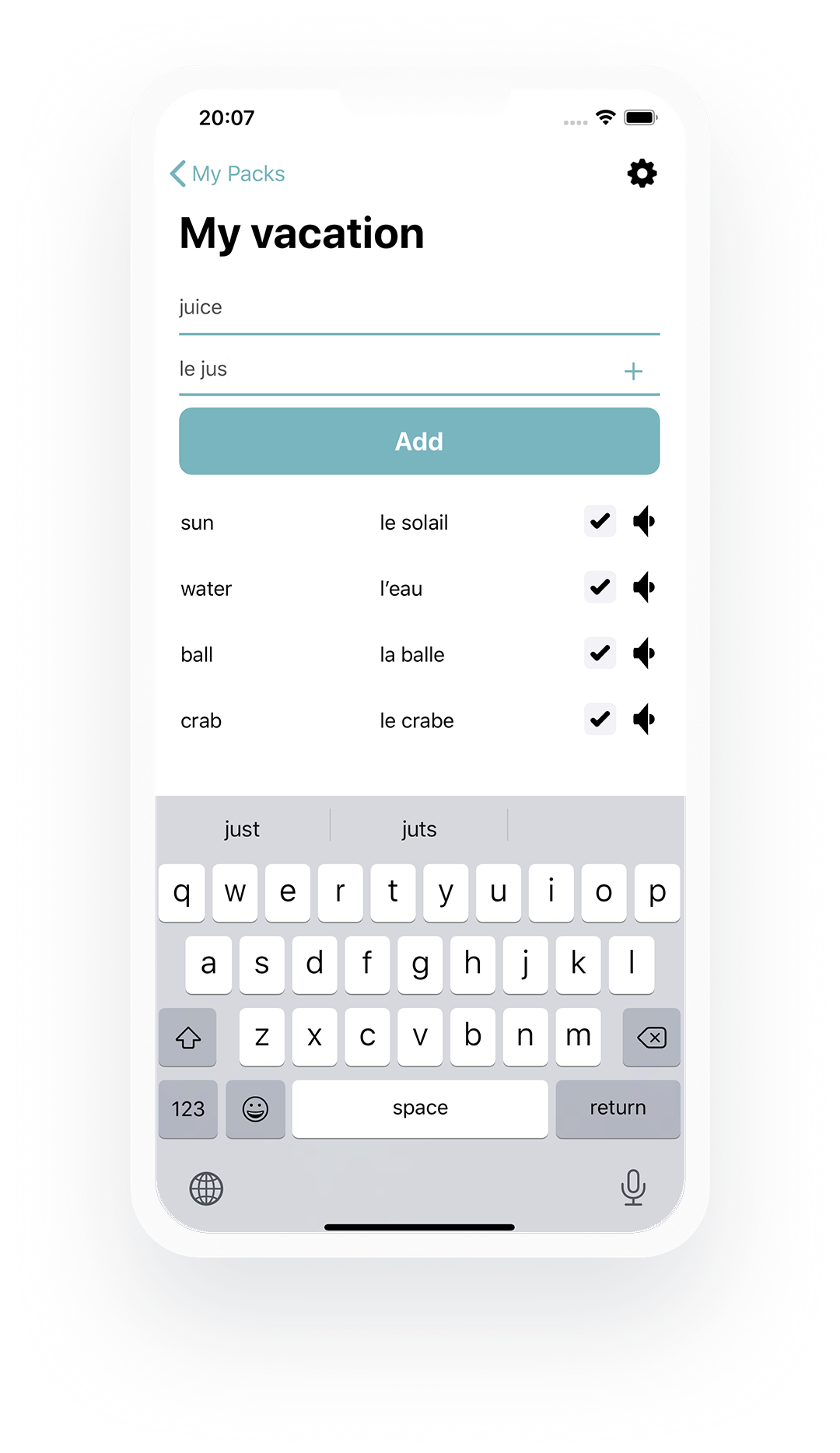 My goal this year is to learn some Russian, and LENGO allows me to study grammar and new vocabulary on the go and at my own pace. Sometimes, when I'm on the bus, I whip out my cell phone and do a couple of exercises; and at home, I try to get at least a couple of hours a week of serious crunching. It's very convenient.

With the LENGO app, you can do all kinds of exercises on grammar and vocabulary topics and get direct feedback. For my viewers, the app is simply the ideal addition to my YouTube videos.

With this app, we serve you the best and most reliable customer experience. 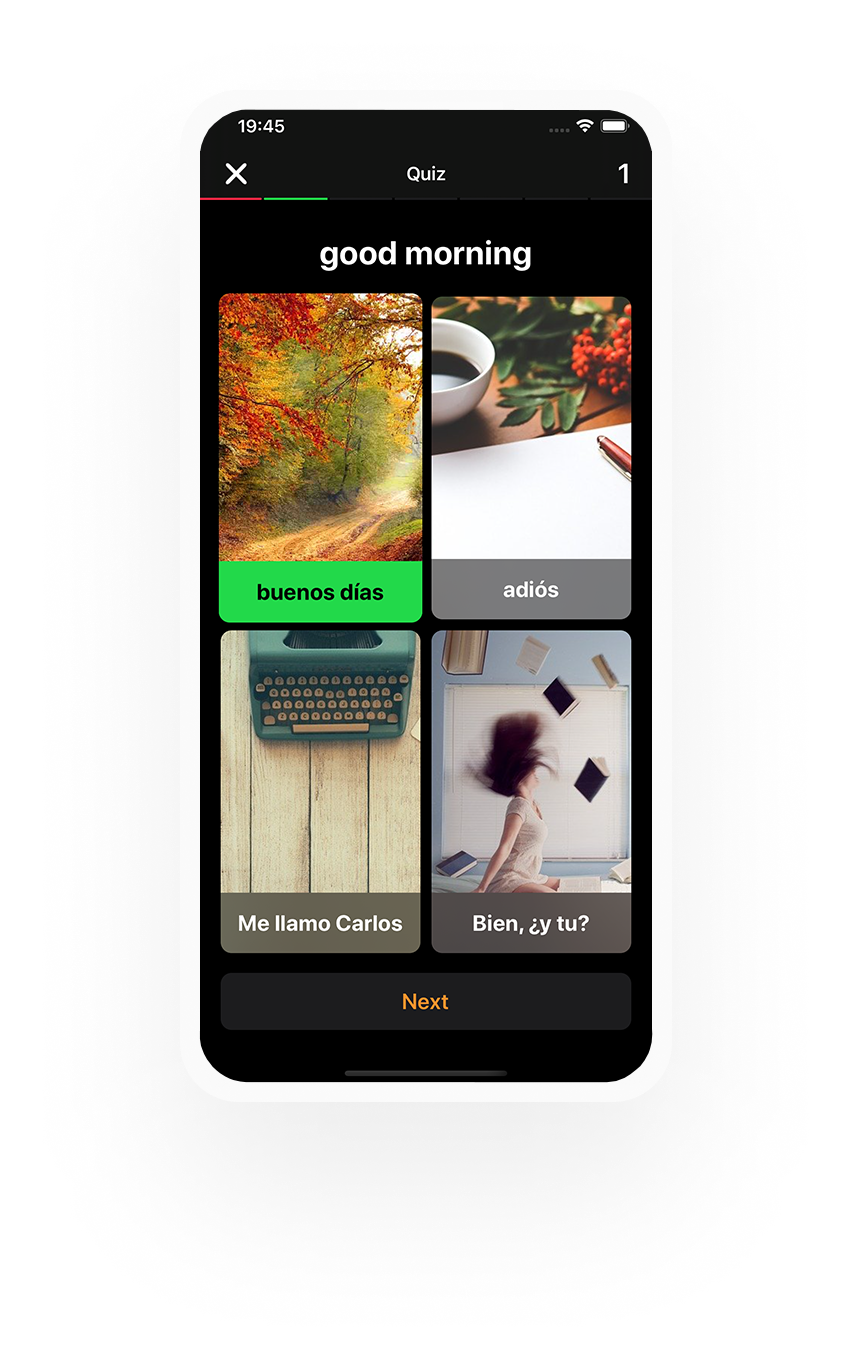 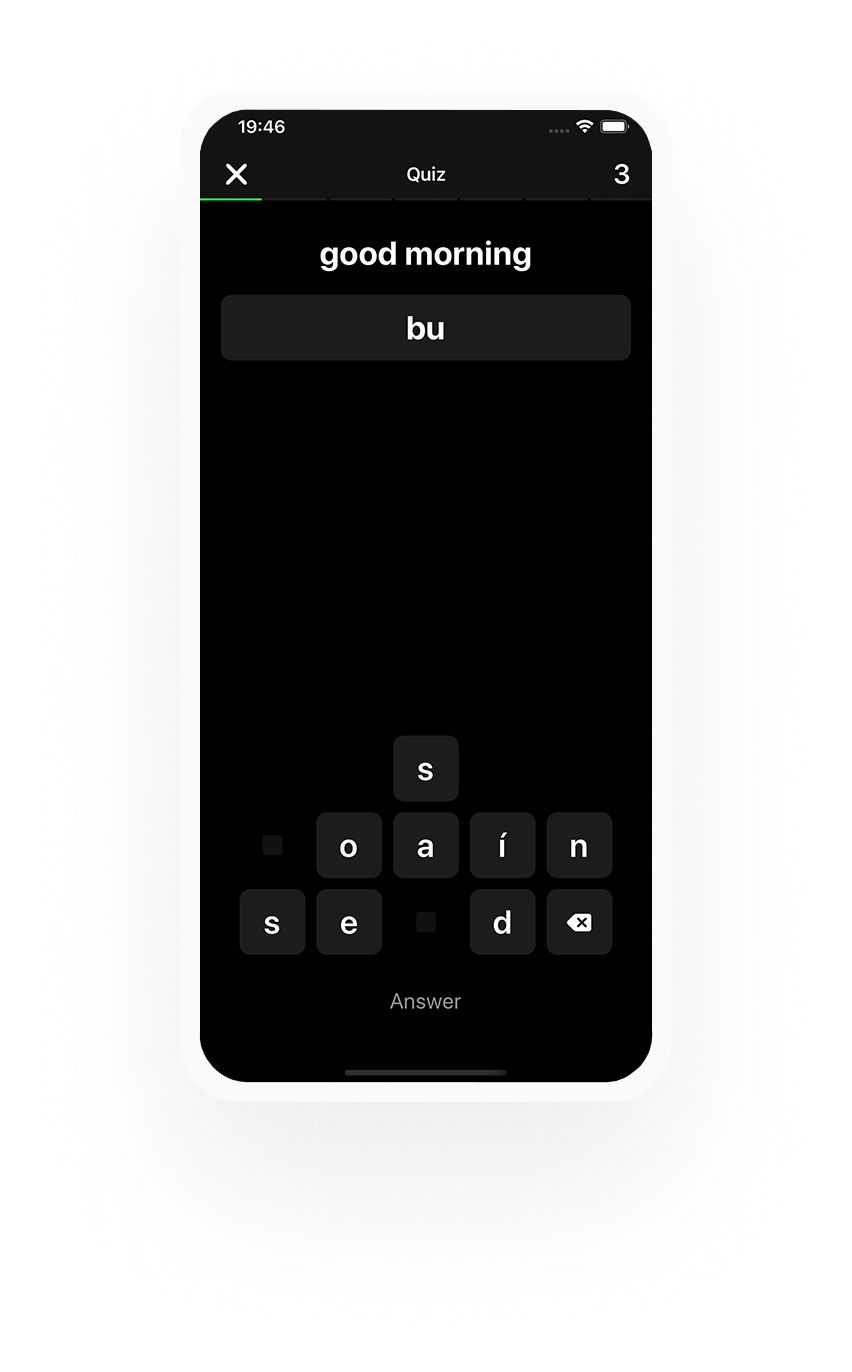 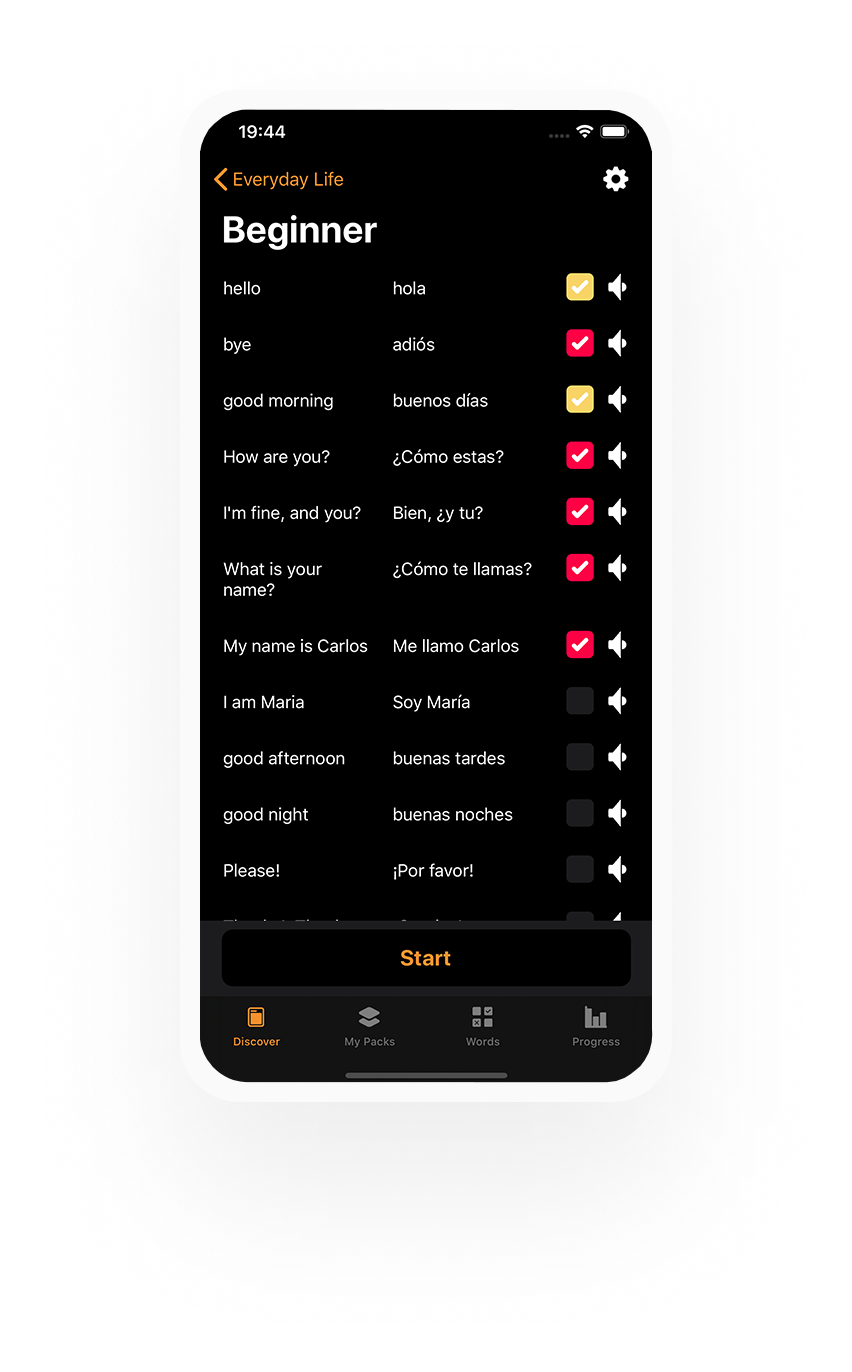 Everything you need in one app

LENGO equips you with everything you need to learn the language you want. It has been shown that you can significantly reduce the time invested in learning a new language by using instant feedback, recurrent material, and other methodologies that LENGO supports.